My Uber Favorite Experience this week was at King Middle School! 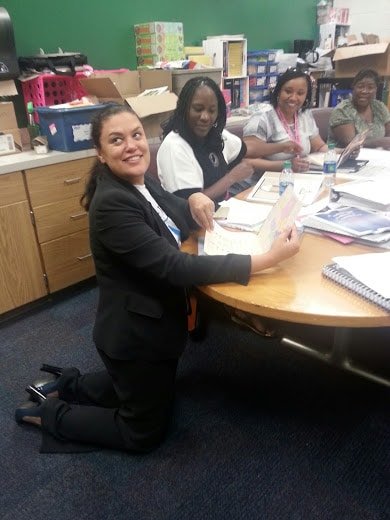 I didn’t think I would be typing this but one of my favorite visits was this one!!! I thought because it was another temporary site, because they didn’t have much time to move in before the first day, because this is a swing space that no one really owns, that it would all add up to something quite unimpressive. But, I was totally wrong!

We started our tour of Martin Luther King, Jr. Middle School with a visit to the teacher workroom where 6th grade teachers were laying out their units for the year using graphic organizers and spending time on the Individual Learning Plans for all MLK 6th graders.

I asked if the approach to teaching certain things, such as multiplication and division, is standardized throughout the district. We all had a rigorous debate and discussion and teachers weren’t shy about outlining steps they believe the district should take to be in closer alignment to a seamless approach.  I looked at a few lesson plans and received candid feedback from teachers about the differences in teaching between our elementary and middle schools.  Teachers confirmed that the way long division, for instance, is being taught in some APS elementary schools was not always the same technique being used by 6th grade teachers at King. They walked me through the scope and sequence and how they communicate that to our parents. All were really engaged! One of my academic goals is to make content delivery, especially in the area of math, consistent across clusters. I have spoken about this in the recent Town Hall meeting. 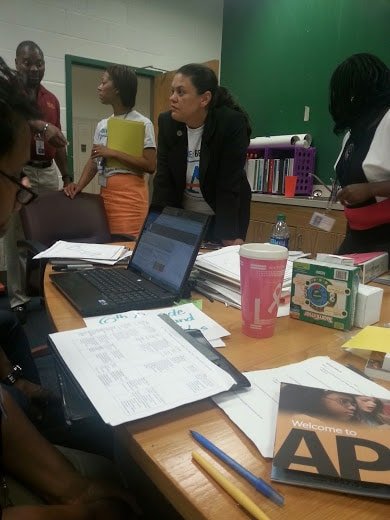 I was interested in what our Executive in Residence, Michael Nettles’ thoughts were on this lack of consistency in content delivery.  It’s an issue that has been raised around the district and Michael was with me as we toured King.  He’s a really smart researcher of math, early childhood and African-American student performance. Here’s what he had to say:

“One of the great challenges in the nation’s schools is the uneven and disjointed curricula and uneven quality of teaching,” he said.  “There are numerous signs of this challenge that must be confronted in APS. Let’s take mathematics as an example.  Too often mathematics is not a preferred subject for elementary teachers, they do not require certification in the subject. Consequently, they do not consider it to be a high priority.  In addition there is too little coordination and synchronization among elementary, middle and high school math teachers in the standards and expectations for student learning.  These are challenges that teachers everywhere, including APS, believe need addressing.”  He continued, “ The good news for APS, which was crystalized in my visit to King Middle School today, is that APS has talented teachers to lead and to be a part of an effort to confront the challenge.”

And, my uber favorite experience was in Mr. Alvin Todd’s class. The essential question in Mr. Todd’s 8th grade math class was “Explain how you would translate a figure across a coordinate plane.”

I arrived just in time to dance – to math! Mr Todd used the “Casper Slide” song to teach the lesson and explain the four types of transformation.  Words from the song, such as slide, reverse and turn, were used to explain the four quadrants and how the y-axis and the x-asis were being used in the lesson.  By the end of the week students will understand how to plot a point on an axis along with other graphing skills.  I really enjoyed how he incorporated movement and fun activities into middle school math.  What a phenomenal teacher and engaged class. (A fun fact about him: He’s a college professor at Clayton State too!) 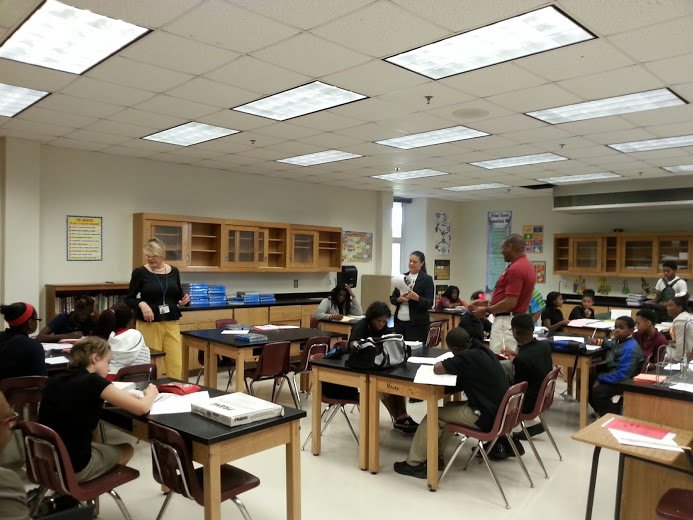 King is temporarily housed in the old Coan Middle building.  Hats off to Principal Brown for supervising a seamless merging of the two schools and a fabulous transition to this temporary space.  This is his third year at King and it easy understand why parents, students, staff and district leaders enjoy working with him.  He is a big thinker and King Middle School is poised to do big things.  I want him to get a doctorate and get prepared to more leadership work in urban education as soon as possible! What a great visit!