Gimme a B! My visit to Bunche Middle School 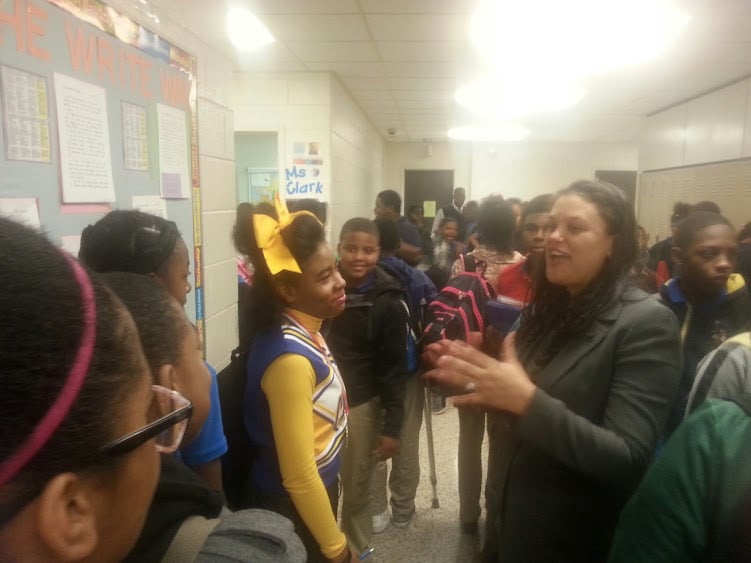 Having been a former middle school teacher, I definitely had a good sense of what should be happening in the classrooms and even during transitions when I arrived at Bunche Middle School.

Things were running smoothly with students and teachers and it was fun to see the cheerleaders weaving through the hallways wearing their big yellow bows as classes changed. The cheer squad has had a great athletic season, winning their second back-to-back cheer championship recently! I tried to ignite some impromptu cheering in the hall, (Gimme a B!), but the students knew better and strongly discouraged me from making too much noise and being a distraction. They were super sweet and indulged me with a good (and quiet cheer) as they waited to enter classrooms with their classmates – who probably thought we were all being very strange. 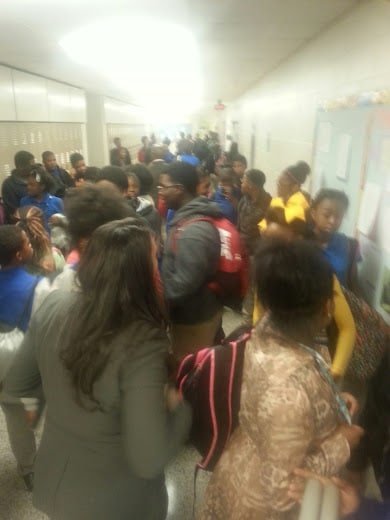 As I walked the halls and looked at bulletin boards for the different content areas, it was clear that writing is a priority in the school. On every rubric for each content area, writing was a part of the expectation of students.   Teachers utilized the rubrics to give feedback about their student’s writing skills.

Even though Bunche is getting a new building by the end of the school year I still wanted to see the facility itself which was once a high school. This building was built in the 1950’s and is a good example of the challenges some of our older buildings still have. The mechanical systems are very old and require a lot of maintenance to keep them running, especially the air conditioning unit. But it is a large site that has served as a good temporary swing space for this school.  I look forward to a renovated Bunche that is going to support the efforts of its strong leadership and instructional staff.

As always, I never have enough time to do all the things I want to do, but I did get the chance to stick my head in the door of a model demonstration classroom.  It wasn’t enough time to soak in everything that was happening, so I look forward to visiting again and sitting – but preferably cheering – through a lesson.

Fun Fact:  The school is named after Ralph J. Bunche, a political scientist and diplomat who received the 1950 Nobel Peace Prize—making him the first man of color to receive the award. 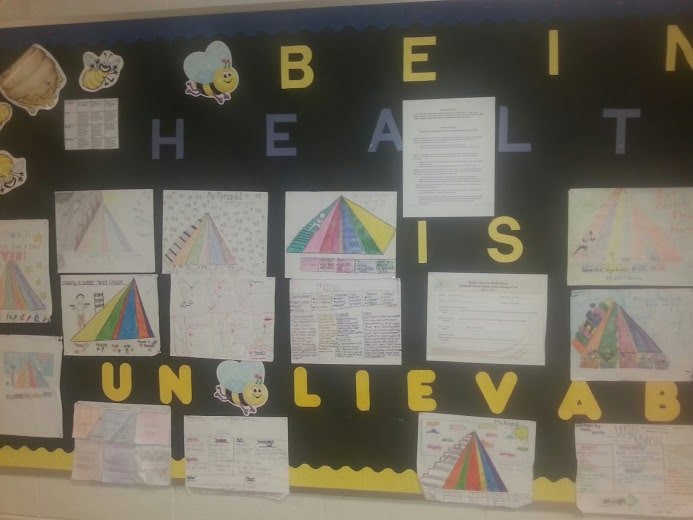 The air-conditioning unit at the temporary swing space (I tour everything).