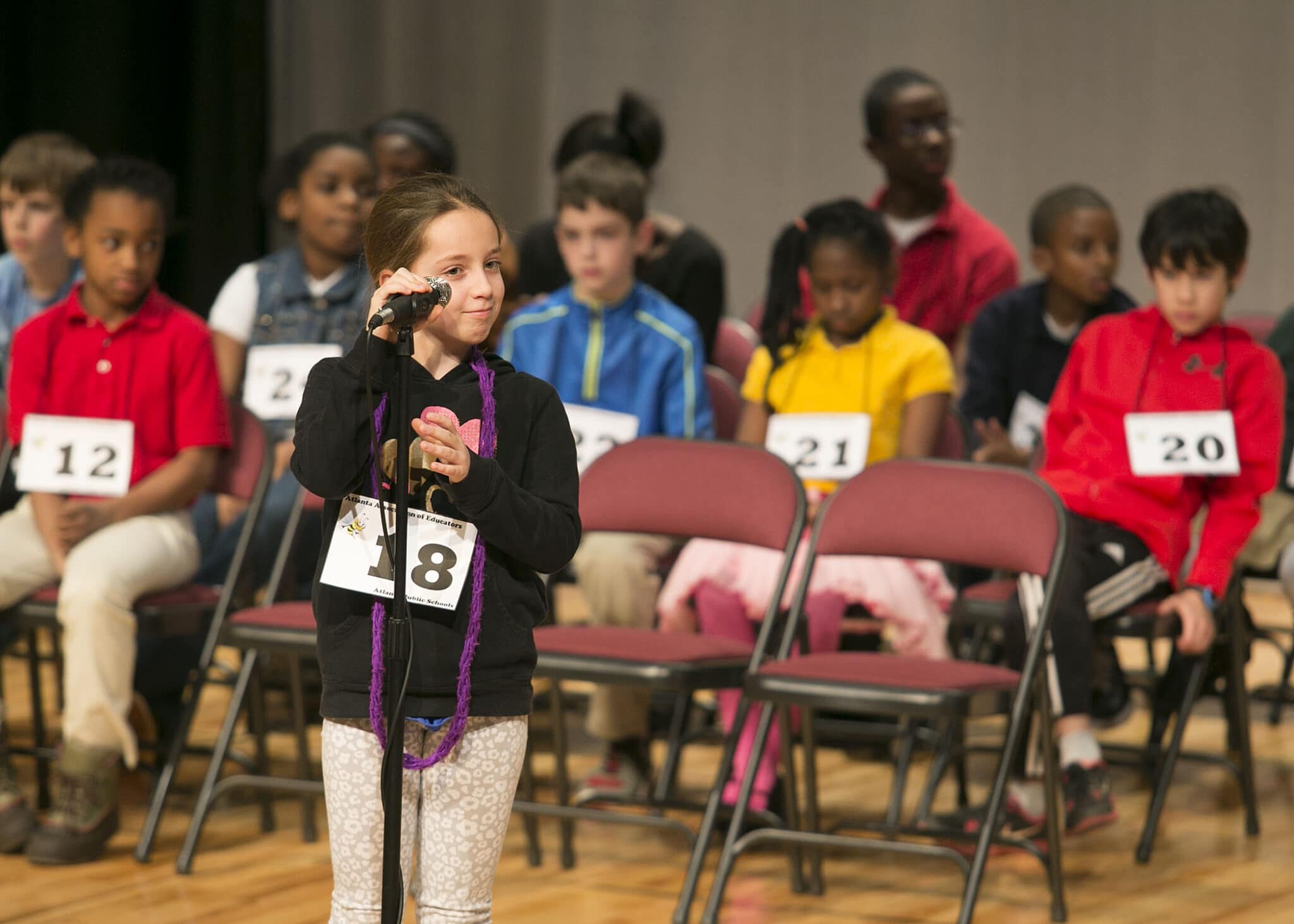 The spelling bee was open to qualifying students in grades 4-8.

It took nearly two hours of word definitions, countries of origin and correct pronunciations before a winner was determined. Kedar Veeraswamy, a seventh grader at Inman Middle School, correctly spelled cruller and was crowned the champ.

Kedar, age 12, credits his success to a love of reading. He reads more than an hour a day, (yay for reading every day), and says that has helped him improve his vocabulary skills. Increased vocabulary and grammar skills are just a few of the benefits of the spelling bee according to Literacy Coordinator Dr. Alisha Hill. 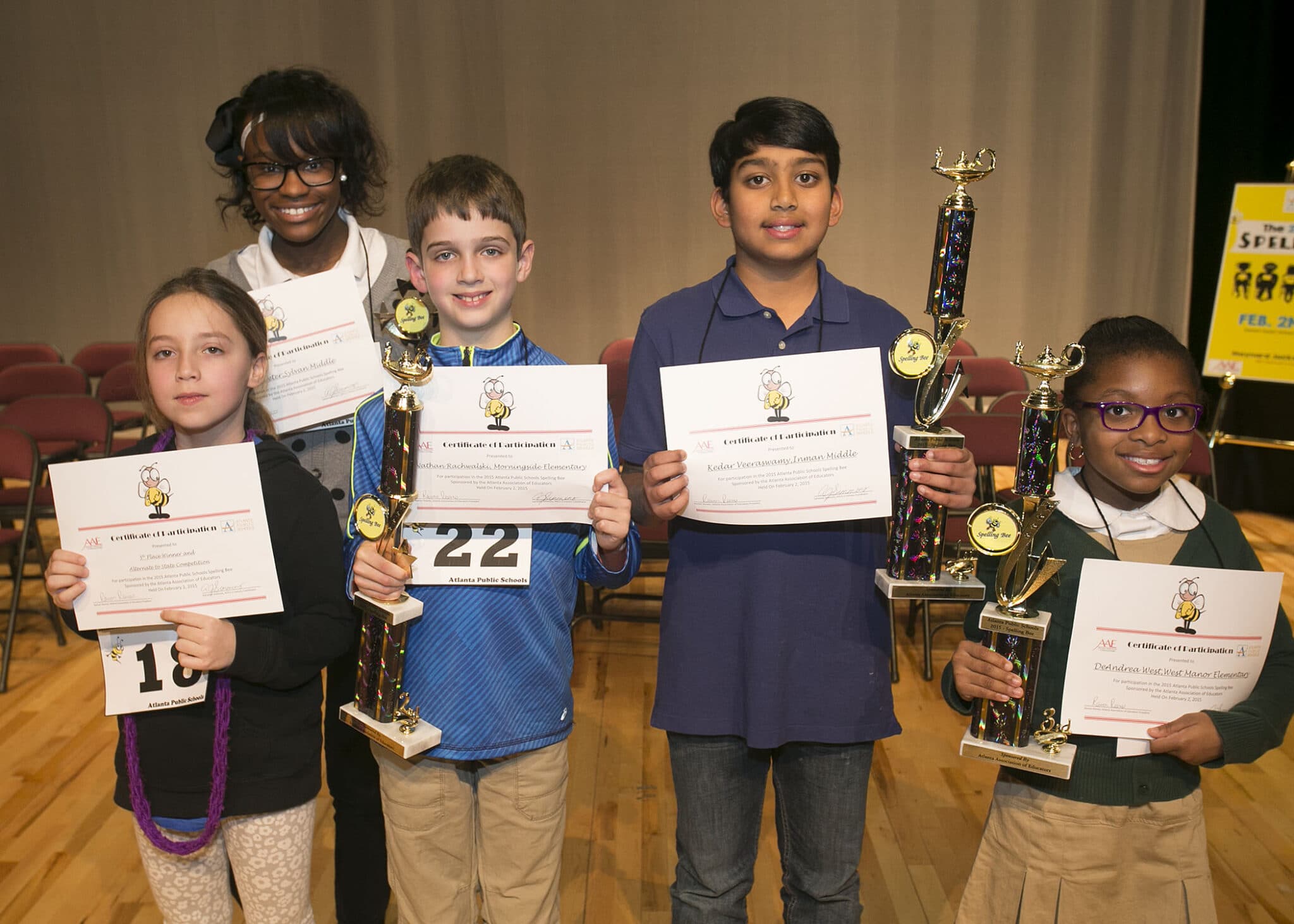 The spelling bee was open to qualifying students in grades 4-8. All schools registered with the Scripps National Spelling Bee for the 2014-15 academic year were invited to send one qualifying student to participate in the APS system Bee. In the past, the Atlanta Association of Educators hosted the event. They are now a sponsor supporting APS in coordinating the competition.

The top four participants will compete in the Georgia Association of Educator’s (GAE) District Four competition Feb. 28, at the DeKalb County Board of Education complex. The top two winners of the GAE District Four competition will participate in the state Spelling Bee at Georgia State University March 20. The National Scripps Spelling Bee will be held May 24-29 in Washington, D.C.

“I am very, very pleased with the progress in APS.” Said Susan Tallant, state vice-chair of the GAE state spelling bee committee. Tallant is a retired teacher and says she especially enjoys seeing students improve year after year.

Dr. Adrienne Simmons, K-5 literacy coordinator for APS, who by the way did a great job coordinating this spelling bee, summed up the event. “Our students demonstrated that teachers, administrators, and parents across the district are committed to academic achievement and in developing lifelong learners. I am proud of the courage and intellect displayed on stage last night and look forward to even greater participation in the 2016 APS Spelling Bee!”

Congratulations to all of our students who participated at the school and district level! Keep practicing – only 12 months until the next bee!