The Heroes of Heritage Academy

Teachers were the celebrated superheroes during Teacher Appreciation Week at Heritage Academy and the students and school leaders were celebrating with special costumes, themed days and teacher toolkit gifts from our partners at Newell Rubbermaid.

Principal Trennis Harvey was excited to tell me about his school’s academic journey.  He said that a couple of years ago he took a hard look at the ability of the students in his school and how they were performing in core content areas.  He had long and thoughtful conversations with his teachers and realized that the area in need of immediate attention was math.  Students were arriving at the school deficient in their math skills and teachers were unable to teach the standards at grade level because students

didn’t have the prerequisite skills necessary to succeed.  So Principal Harvey set out to make a change. The entire Heritage Academy now works on basic math skills every single day beginning at 8:00am until 8:30am. The focus is on the building blocks of math. The steps that often stump students when they move on to higher math skills in the middle grades. 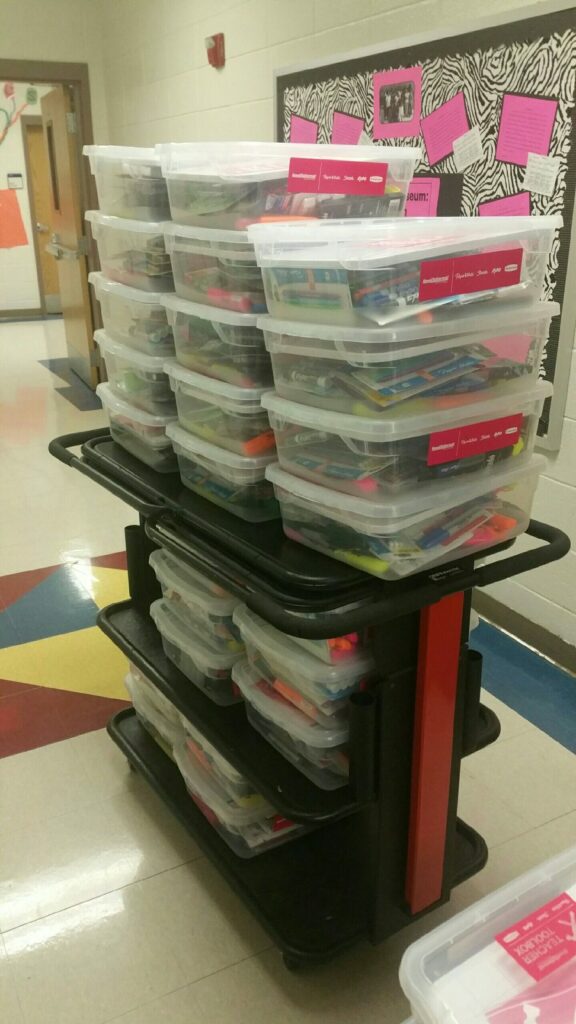 The results have been noticeable.  Heritage Academy grew 28 percentage points (from 54% to 82%) in math proficiency from 2012 to 2014, the largest growth of any elementary school in the district.  I visited several classrooms where fantastic math instruction was indeed taking place.  From fourth graders working on order of operations to younger students understanding the value of money, students in every single classroom were on task and excited about learning.  As we handed out gifts to teachers, I took a moment to work with one kindergarten class on patterns and helped another young student add with her coins. I love being inside of our schools!

Oh, and the school was immaculate. I had the pleasure of meeting the school’s custodian, Mr. Brown, and I tell you – we need more folks like him in APS. The school looked good, smelled good and felt inviting because of all of his hard work.

Thanks Heritage Academy for welcoming me and keep up the phenomenal work!