SHOUT OUT to Our Awesome Students and Staff! 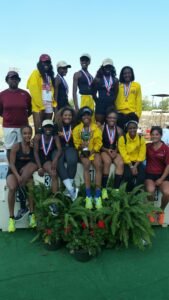 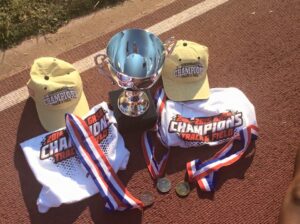 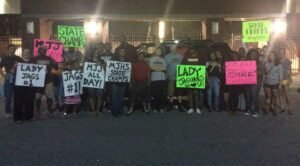 EAT, SLEEP, RUN!  That was the Maynard Jackson Lady Jaguar track & field team motto this season, running all the way through the finish line to capture the 2015 GHSA Class AAA State Championship.  Marking the first state title for the school’s athletic program since 1990 when then Southside High School Lasers won the state title in basketball, these young ladies have made history!

I was a door prize! During pre-planning this year, Dr. Margarent McKenzie, our coordinator of World Languages and ESOL, had a little fun and offered me up as a door prize to teachers attending planning sessions. I love connecting with our teachers every chance I get – and I had a pleasure of spending time recently with our two winners.  From World Languages, Erica Pereira, Spanish teacher at BEST Academy High School and in ESOL, Ms. Timothea Cokley, an ESOL teacher at West Manor Elementary.  I REALLY enjoyed their classes – and appreciate their dedication to teaching English to our young learners and Spanish to students who will use the language for the rest of their lives.

I have to give a HUGE congratulations to a very special kid, Carter Lewis Guensler for being selected as the 2015 State PAGE STAR student. Valedictorian of Grady High School’s class of 2015, Carter was selected among 27 PAGE STAR student region finalists. Fourteen of which received a 2400 score on the SAT and all were in the top 10 percent or top 10 of their class.  Carter’s impressive grades and perfect SAT score earned him the school’s STAR student nomination and the opportunity to select Mr. Lee Pope as the school’s STAR teacher.  Mr. Pope is the Grady Social Studies department chair as well as instructor of Advanced Placement European history and theater.  AT&T Georgia presented Carter with a $5,000 scholarship and Lee Pope will receive a $2,500 cash award from the Frances Wood Wilson Foundation.

Shout out to APS! Atlanta Public Schools was awarded the 2014 Mutual of America Community Partnership Award Honorable Mention. The award was given to the district for the role it played in the revitalization of the East Lake Community and for being an outstanding example of leadership in the facilitation of partnerships.