Battle of the Warriors 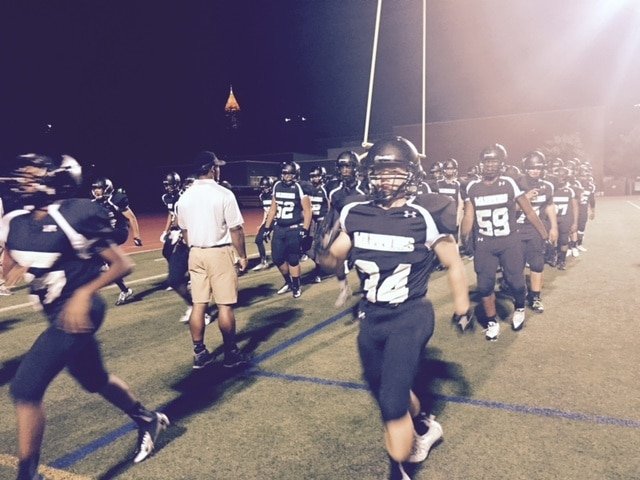 After a long day of work, there’s nothing like enjoying Atlanta Public Schools football.

That’s how it was on Thursday. I spent nearly the entire day planning the school year in a retreat with the Atlanta Board of Education. Later that night, I participated in the APS practice run for the East Atlanta Village Runfest. Afterwards, Deputy Superintendent David Jernigan and I caught the North Atlanta Warriors versus KIPP Collegiate Atlanta Warriors game, the first official game of the season for both teams.

Warriors facing off against Warriors.

The North Atlanta Warriors have a new head coach this year in Jeremy Gainor, and he really put his players through their paces this summer. Over at KIPP, Lester Caldwell is leading his own Warriors on the field for a second year.

After a hard-fought battle, the Warriors from North Atlanta outlasted those from KIPP by a score of 30 to 21.

Of course, I root for both teams, so I took time out to meet with both coaches and their players and did some cheers on the sidelines. It was great to see both North Atlanta principal Curtis Douglass (arms filled with snacks) and KIPP Principal Dave Howland (who received an Atlanta Families’ Award earlier in the day) and their teachers and staff supporting their students.

I couldn’t look at the scoreboard because I wanted it to be a tie!

As I cheer with the North Atlanta squad, notice my “Thing 1” shirt from Gideons Elementary School …

… and then notice David Jernigan wearing his “Thing 2” shirt while cheering from the stands.