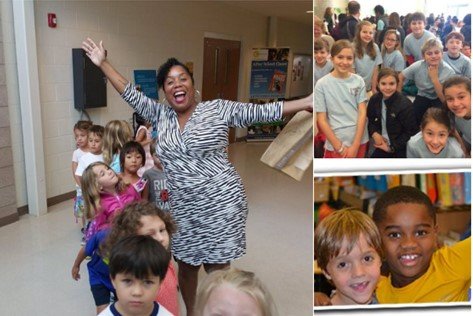 This morning, the Georgia Department of Education released the latest College and Career Ready Performance Index (CCRPI) scores for all Georgia public schools. Amid a year of more rigorous assessments, 46 schools in Atlanta Public Schools (APS) showed gains. And I am also pleased to report that of the original 27 APS schools identified by the state in 2014 as low-performing and eligible for possible state takeover by a proposed Opportunity School District (OSD), seven achieved large enough gains to be removed from OSD eligibility. 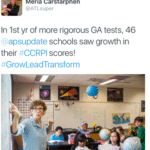 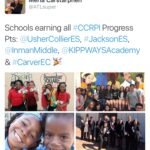 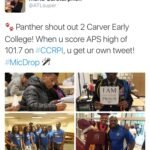 These results give me hope that we are making progress in transforming Atlanta Public Schools. But while we are pleased to see some improvements, especially in those schools previously eligible for state takeover, we clearly have much work to do toward improving student achievement.

But let’s celebrate for a moment.

Let’s also cheer on the following schools, which earned CCRPI scores of at least 80: 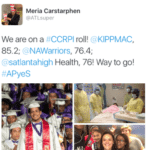 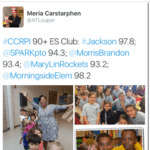 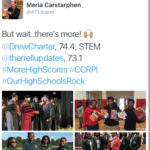 The following schools earned at least 38 out of 40 Progress Points for students meeting “typical or high growth” on the 2015 Georgia Milestones:

But there is still some work to be done.

As a district, APS scored an average of 66.8 points, which is a 4.2 point increase from its 2014 score and 8.7 points lower than the Georgia average of 75.5. The Georgia average was 3.6 points higher than in 2014. The index further breaks down APS and Georgia scores by grade division:

After recalculating the CCRPI scores for current and planned mergers and one school closure, APS now has 19 schools that have three years in a row of CCRPI scores below 60 (compared to 27 in 2014). While seven schools made sufficient gains to move above the OSD criterion of 60, two additional schools became OSD-eligible because they did not reach a score of 60 for the third consecutive year.

Of the 19 schools eligible for the OSD, 10 made gains on their CCRPI scores. They are: D.H. Stanton, Slater, Miles, Peyton Forest, Perkerson, Fain, Towns and Scott elementary schools; Young Middle School and Douglass High School. I am proud of the work they have done.

CCRPI is the statewide education accountability system that measures schools and districts on a 100-point scale. It helps parents and the public understand how schools are performing compared to others in the district and state.

The resulting scores are based on weighted scores from three components – Achievement, Progress and Achievement Gap. The weights, however, have been revised to place a greater emphasis on progress toward proficiency and to reward student growth as shown by this table comparing CCRPI weights between 2014 and 2015.

Thus, we still have much work to do toward student proficiency and achievement.

The reason these latest scores are not directly comparable to last year is due to both the state changing its assessments from the former Criterion-Referenced Competency Tests (better known as the CRCT) to Milestones (which lowered scores), and changes in the calculations, most notably the benchmarking of progress scores (which raised scores).

A more thorough explanation can be found in this data report, and all CCRPI scores can be found at www.gadoe.org/ccrpi. For more details about APS performance on Georgia Milestones, please see my blog entry that helps explain the scores and changes.

Because of recent changes to the CCRPI and the first-ever administration of the Georgia Milestones assessments, we see these scores as creating a new baseline for APS performance as it provides a critical reference point for the work that is needed to improve student achievement and to turnaround our lowest-performing schools. In fact, the scores have helped determine where we need to direct the three tiers of support for the APS School Turnaround Strategy. I have written extensively about the Turnaround Strategy here and here and here.

And I will continue to keep you informed of our progress.

The release of the CCRPI sets another milestone for APS, providing all of our stakeholders with information about our progress. As always, we must remain fully committed as a district to delivering a quality education, so I thank our staff, students, families and partners you for doing all you can to ensure all of our students are ready for college and career.