With Atlanta Public Schools’ history of bad behavior, it’s natural for stakeholders to believe reports of more cheating happening in our school district. Given some of the unethical behavior I found when I first arrived in Atlanta, I, too, questioned whether every unethical person had been rooted out of our system. Which is why I have demanded that when accusations are made, we must investigate quickly, fairly, and thoroughly. 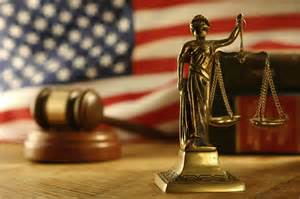 Let me state this emphatically: Atlanta Public Schools takes allegations of misconduct seriously and remains committed to investigating any and all reports of unethical behavior. While our district has a past history of unethical practices, THIS administration has proven that it takes such allegations very seriously and has held several employees accountable for not demonstrating integrity in their actions.

So when a recent Carver High School graduate alleged last month that the principal of Carver Early College and the School of Technology, had pressured a teacher to complete his work for him so would graduate last May, we conducted an internal investigation.

After completion of a thorough investigation, we concluded that there is no credible evidence to support the student’s claims.

Unfortunately, the district is not at liberty to discuss the circumstances surrounding an individual student’s academic and disciplinary record, even though it would provide additional context around the validity of such a claim. However, we stand by the finding that this accusation is not credible.

We can report that the school provided extensive support to this student as he completed the online credit recovery course. The evidence further suggests that this student worked hard during the last few weeks of the semester to ensure that he graduated on time. It is common to see students become more motivated and push harder to complete online assignments up until the graduation ceremony.

I want our stakeholders to hold this district to the highest ethical standards; our students deserve nothing less. I hope that my administration’s actions to hold people accountable for cheating and unethical practices prove to our stakeholders that we are willing to do what is right. At the same time, I would ask our community to allow us to do what is right when adults have been falsely accused.