Over the last three years, Atlanta Public Schools has done a great deal of work in right-sizing the district to more effectively direct resources toward our students. As part of this effort to improve quality while increasing efficiency, we consolidated small schools in the Carver, Therrell and Washington clusters and single-gender schools in the first year. We made changes that led to the creation of Hollis Innovation Academy and Tuskegee Airmen Global Academy and the launch of partnership schools in the Carver Cluster in the second year.

As we entered a third year down the path for transformation, several key data points clearly emphasized the need for more work:

Tonight, the Board, with a 7-2 vote, approved school changes in alignment with the district’s Transformation Strategy that take continued strong steps toward improved quality and efficiency. The Board approved the following closures, consolidations and program changes:

More details of the mergers, closings and partnership are available in the official plan available here. I wanted to stress in this blog that at no point did we take any of these changes lightly. Closing and merging schools is always hard, never easy or comfortable and always comes with criticism and hope, mourning of the past but celebrating the possibility of improvements for the future.

That is why this district involved itself in an extensive communication and public engagement process over the past three months before I ever took my final recommendations to the board. These have included but are not limited to: 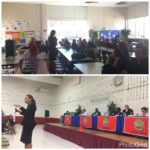 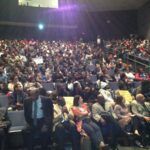 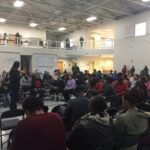 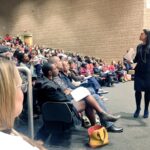 And it informed the draft scenarios and superintendent recommendations.

The feedback across all three clusters (Douglass, Jackson and Mays) helped shape the plan significantly and reflects the importance and effectiveness of our community engagement efforts. We spent a lot of time talking with students, staff, families and community members, and we really saw how much those communities connected with their schools.

We listened. And I only have to note that the proposals literally changed with every interaction as evidence of that. When we started in the Douglass cluster, every scenario involved the closing of our single-gender academies. The community spoke, and so we landed on a recommendation that finds a way to strengthen the single-gender schools on a single campus. 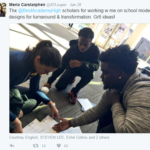 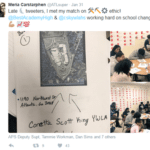 Likewise, I learned through interactions with the Benteen community how critical the community supports are to its vulnerable families and student population. It has created a network of wraparound supports with the school as its anchor, a situation that APS does not have the capacity or wherewithal to re-create for this community at another school at this time. So, I ultimately decided not to recommend closure of Benteen.

I will note that I have given a specific charge to both the single-gender academies and the Benteen community that they must continue to support their schools. If we see these schools decline – especially in enrollment – we may have to revisit these decisions in the future.

Finally, community input informed our decisions for future use of both the Adamsville and Whitefoord buildings. Thanks to feedback in the Jackson Cluster, we were able to solidify plans for the Whitefoord building to remain open to provide early childhood education and health care. Likewise, I am optimistic that we are close to finalizing a plan that ensures the Adamsville building will continue to be used for educational purposes moving forward.

I appreciate all of the students, parents, staff, community members, partners and all of the stakeholders for coming out and contributing to these critical conversations. I hope the work we’ve seen reveals signs of the engagement and interaction to come because it gives me great hope and inspiration for the APS Journey of Transformation.

If we were able to tackle something as difficult as these consolidations, closures and new partnerships, then we will be able to do more to put quality and efficient measures in place so that more and more students can graduate ready for college and career.