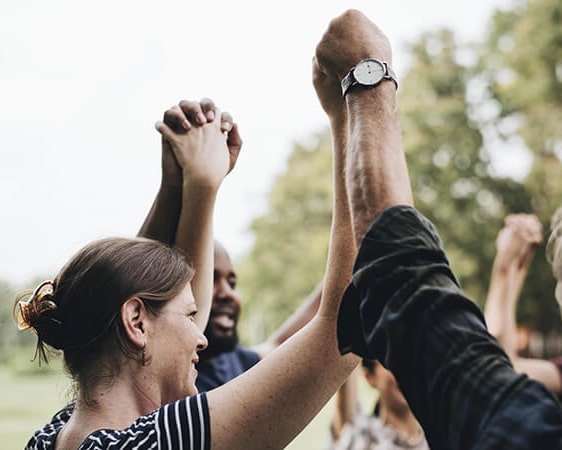 When we think of schools and districts as hubs of transformation, a hot button topic that many are talking about is policing in our communities and schools. In recent years, we have seen schools beginning to address these issues, specifically the disproportionality of arrests, expulsions, and suspensions related to students of color, identity, and difference. We saw one example in 2015. During Defining US network educator Meria Carstarphen’s tenure, Atlanta Public Schools partnered to create A Comprehensive School Safety Plan to re-think their district’s strategy around school policing, and develop them more fully through the hiring of their own in-house police officers, as well as providing those officers targeted, on-going trainings in SEL, restorative practices, and more.  This began an important shift in how police at the district’s schools interacted with staff, students, and parents.

And most recently we are seeing this shift in school policing take place in the America’s two largest school systems.

One of our network districts, Los Angeles Unified School District, recently announced reallocation of police department funding for an investment in school climate coaches, staff who will be stationed at all secondary schools (rather than a police officer) to “assist administrators and staff to support a safe and positive school culture and climate for all students and staff.” These new coaches will receive trainings in such areas as SEL, culture and climate, de-escalation techniques, implicit bias, and disproportionality in discipline practices. Police officers will still be available to respond to serious incidents that require direct police intervention, but the goal of this shift is to ensure that the first response is the most appropriate response to the situation.

Also, per LAUSD board action, additional dollars will be invested in a Black Student Achievement Plan, and will cover such things as the hiring of psychiatric social workers, restorative justice advisors, and counselors (resources for intervention staff as mentioned much earlier in this newsletter). These other resources will include “expanding diverse representation, inclusion of Black authors, and social justice connections”, professional development, community partnerships and more.

For another network district NYC Schools, their police officers, called School Safety Agents, will be moved (in future) under the supervision of the School Climate and Wellness Office. This shift will allow these officers (and they are police officers) to access the department’s holistic trainings, including SEL.

Though these examples of changes in school policing are different in design, at their core we see a common agreement that adults who interact and work with students must have the skillsets, the knowledge, and the mindset (the smarts and hearts) needed for kids. Our students come with great gifts, but they also come with many challenges they bring with them from the traumas they face, both seen and unseen. A shift from punitive systems to more restorative systems is a must for their better life outcomes and another lever needed that can break the cycle of pain. We have hope that the larger community is watching, listening, and learning as educators lead the way in this important work.

Georgia Offers Lessons and Warnings in Return to In-Person Classes