As part of our mission to ensure every student graduates ready for college and career, we are doing the work to create a “culture of trust” in the ways we remedy the past and remove barriers for the future. Take issues such as CRCT remediation and enrichment or pay parity. These are problems we didn’t create, but they’re problems we’re solving.

When I hear about a problem, I acknowledge it. I take the time to research and understand it and, if necessary, to investigate it. I develop a plan. And then I do what I say I am going to do. That builds trust.

Because of the quagmire that is the past of Atlanta Public Schools, we have to take even the most general tip seriously. That is our reality for APS at this time.

So when an anonymous tip came into the APS ethics hotline on June 14 claiming that someone had heard from another source that 30 firearms had been stolen from a district vehicle, we immediately began an investigation. With such a serious claim, we needed to take time to do a quality job of investigating this, even though we had media queries soon after the tip.

When I arrived, I inherited a process for APS investigations that often took weeks and months and, in some cases, over a year. We have worked hard to reduce investigation time. So when erroneous and incomplete information began circulating in the media this week, we were able to step out and hold a press conference today with facts within a few days of having received the original tip.

Here’s the official statement we released about the allegations of missing guns:

On June 14, 2016, an anonymous tip was called into the school system’s ethics hotline alleging that he/she had heard from another source that 30 firearms were stolen from the trunk of a district vehicle.  The Office of Employee Relations investigated the claims and as of today has found no evidence that district property has been stolen.

As the district is in the process of launching its own police force, it has recently purchased 90 firearms.  We can confirm that all of those guns have been accounted for and were never missing from the district inventory.  APS investigators have also researched previously purchased firearms, and we can confirm that 18 guns are in the district’s inventory from prior year purchases.  Investigators are continuing to examine the district’s historic accounting records to determine if any additional guns were ever purchased.

While we have uncovered no evidence to suggest that these allegations are true, given the serious nature of these claims, the district has contacted the Georgia Bureau of Investigations to seek their support in following up on these claims.

If there are any truths to these allegations, the school system stands ready to hold the appropriate individuals accountable.

As we get more facts in this case, we will make them available. But we must make it clear to students, their families, our educators, our staff and our community that APS has learned from its past and will strive every day to do a better job in the future.

In fact, we encourage employees to speak up if they have a concern about unethical, illegal or unsafe activity. If they prefer to remain anonymous, they can access our ethics hotline at 1-877-801-7754 or online at www.tnwinc.com/AtlantaPublicSchools. 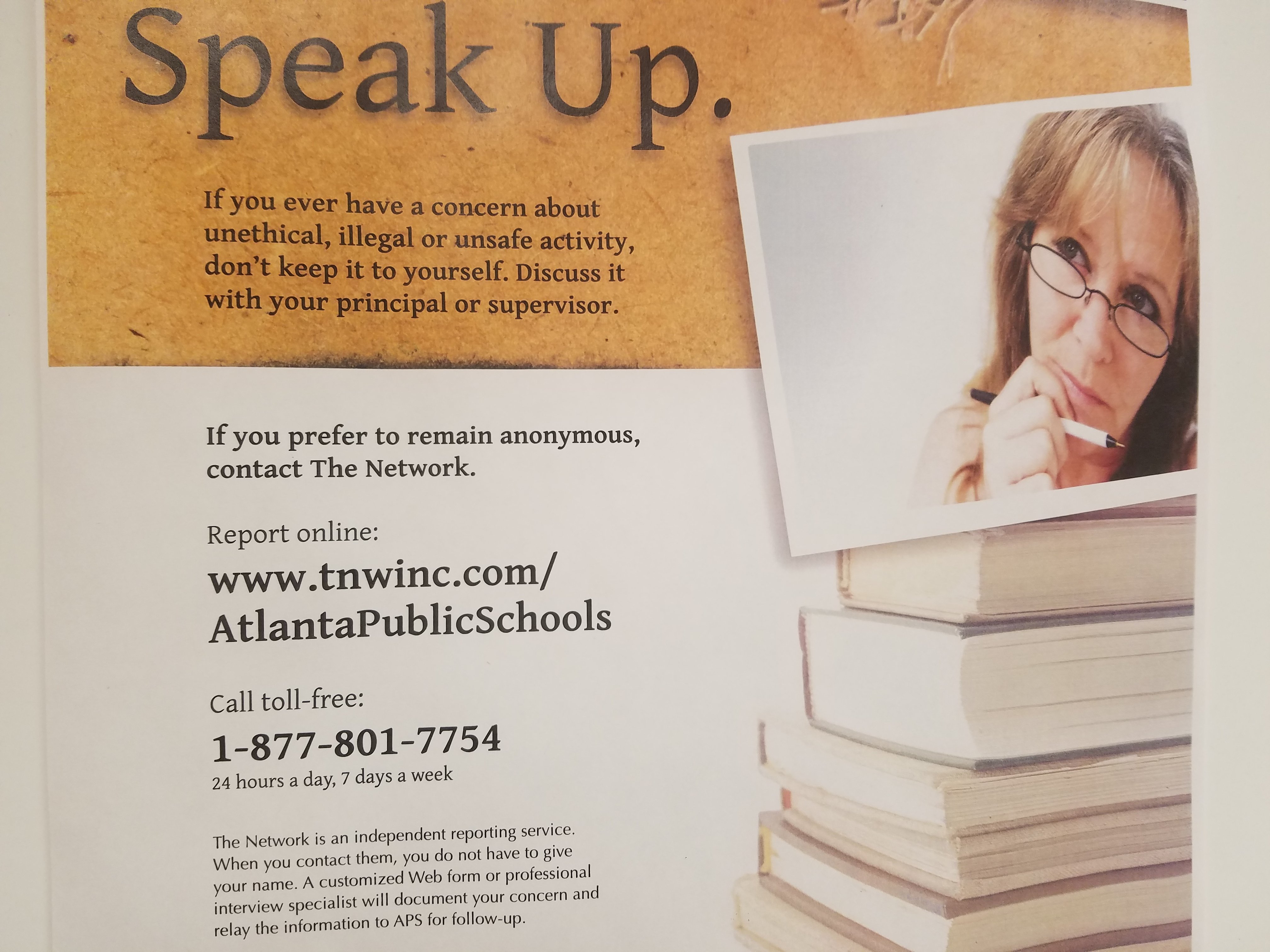 While we will take every claim seriously, I need time to do a proper investigation.

As part of changing the culture of APS and correcting mistakes of the past, we will continue to strive for transparency and adhere to our commitment to get to the truth as we proceed not only with this investigation but also with any other that may occur in the future.