When the Fulton County Commission considered freezing a portion of the county’s tax digest for reassessed residential properties, Atlanta Public Schools took a strong stance in support of the county adopting a digest with a reasonable amount of growth. The commission instead opted to freeze assessments at FY2016 levels.

APS pivoted and modified our FY2018 general fund operating budget to adjust to revenues about $4 million less than we had originally planned. I’ve written about these tax assessment issues before (check here and here) where we took the position that Fulton County arbitrarily undervalued residential properties within its digest and that the freeze was improper from the beginning. 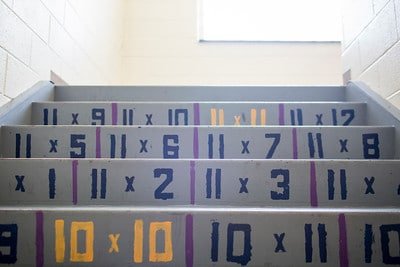 Last week, we learned that the Georgia Department of Revenue has not approved the county’s 2017 tax digest, thus causing significant delays in county tax collections.

While we appreciate the Department of Revenue’s further review of the digest, this delay in approval has major implications for the district and other municipalities that are dependent on the timely collection of tax revenue for operations.  We are feeling some of that impact now, and I cannot stress enough about the repercussions.

APS, like other school districts in Georgia, is highly dependent on local tax collections. Of the district’s $777 million general fund budget, about 62.5% comes directly from the Fulton County Tax Digest. As our fiscal year runs from July to June, APS is four months into the year without this critical source of revenue.

Anticipating delays in county tax receipts, APS secured a Tax Anticipation Note (TAN) for $100 million in August to cover bills until the collections started coming in. A Tax Anticipation Note (TAN) is a short-term loan issued by states or municipalities to finance current operations before tax revenues are received. When the taxes are collected, the debt is retired. The note is coming due in December, so APS has reviewed several other options to address short-term cash flow issues.

First, we took legal action for the immediate and temporary collection of taxes for 2017. On Friday, October 26, APS and Fulton County Schools filed a joint request in Fulton County Superior Court for the courts to intervene in this process to allow the school districts to receive property taxes.

A hearing date for the Temporary Collection Order has been scheduled for Friday, Nov. 3.

In addition to taking this unprecedented step, we are also reviewing several other options to address short-term cash flow issues. For example, the district plans to take precautionary measures to slow down outgoing cash payments by modifying payment schedules for contracted services, goods and obligations as appropriate to minimize impact to daily operations. This means that we will delay payments until right before the bill is due.

The delays will not affect funding for the governor’s 2% pay raise for teachers, but if collection delays persist, we may have to reconsider implementing furlough days, delaying until January the $500 one-time payment for employees not on the teacher salary scale and identifying ways to delay repayment of the district’s TAN in the event that we are unsuccessful in convincing the courts to intervene.

In the meantime, our Finance Department will be carefully monitoring our cash flows until revenues from the tax digest start coming in.

I am hopeful that we will hear positive news from the courts this week and that our operations will not be significantly impacted. But as stewards of public money, we have to work on our contingency plans until the matter is settled.