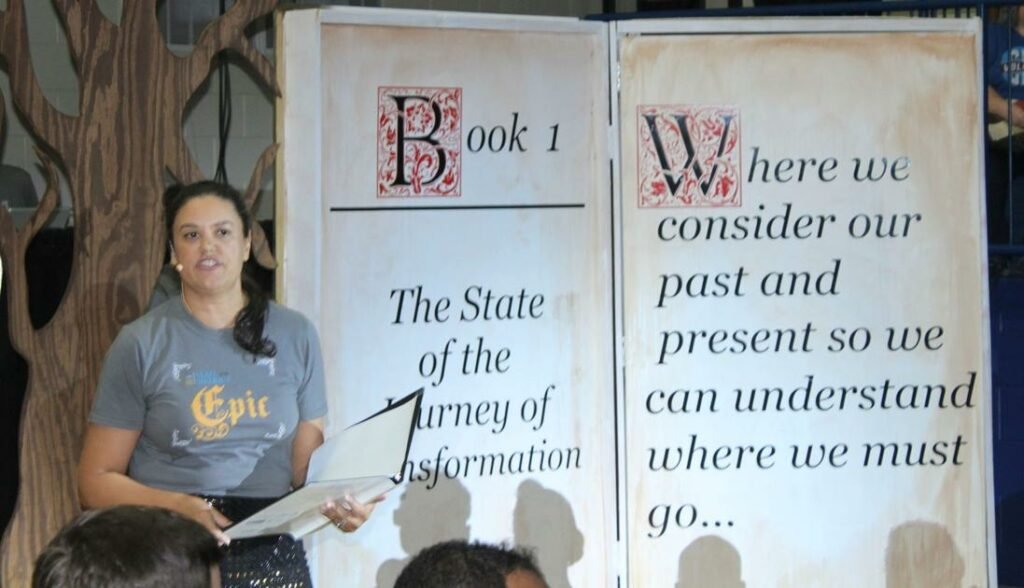 Meria Carstarphen will end her six-year tenure as Atlanta Public Schools’ superintendent June 30 in a way she would never have predicted.

In March, when the COVID-19 pandemic hit the United States and Georgia, all the district’s schools closed, and they switched to online classes. Instruction continued in a virtual format through the end of the 2019-20 academic year. For Carstarphen, the ultimate people person, it was gut-wrenching to not be able to see students, parents, teachers, staff members and others in the flesh.

“It’s devastating,” she said. “I’m a big person on closure.”

Carstarphen’s attitude on closure was amplified by the death of her father, Joseph, in 2017, when the Selma, Alabama, native and her family could spend only a week with him before he succumbed to an illness.

“I loved my father (and love) my family,” she said. “We’re a very close-knit family. He wasn’t a person who (has) regrets or anything like that, but I remember how abrupt (his death) was. … I remember watching that, going, ‘From here on out, I’m going to make sure (with) everything I do, I can get as much closure each day as I possibly can.”

The district decided to host virtual and in-person graduation ceremonies for each of its 14 high schools after the class of 2020 said in a survey they wanted both. While Carstarphen participated in the virtual celebrations in May, she may not attend the in-person commencements in July, since it’s something she said the Atlanta Board of Education would first have to approve.

Graduation has always been Carstarphen’s favorite district event as superintendent.

“The biggest, happiest day in any year for APS is graduation,” she said. “It’s why we work so hard. It’s why we love the job. It’s the success, the celebratory form of learning. (For) the graduations, I write a unique speech for every school. I know a lot of kids that are graduating. It’s a unique way for me to say goodbye to them.

“This year, because it was my last year as superintendent, not to have closure with them at graduation almost killed me. We did a slightly unique virtual ceremony. We put a lot of heart and thought into it. I did (virtual) town halls with kids. I wanted to know what they wanted.”

With the district’s classes and events shifting to an online format from March through May, Carstarphen said she did all she could to stay connected to the students, especially the seniors, plus parents, teachers, principals and other staff members.

“I just wanted to see them to say goodbye and to thank them,” she said. “It was really hard. I’m teary all the time when I talk about it.”

In September the board opted not to renew Carstarphen’s contract, meaning her tenure would end in June. She will be replaced by Lisa Herring, who previously taught in the district.

Carstarphen came to Atlanta after previously serving as superintendent at school districts in Austin, Texas, and St. Paul, Minnesota. Her tenure as superintendent started in 2014 as the district began to recover from the 2009 CRCT cheating scandal and a culture she called “corrupted and dark.”

“With the way we started, putting out fires every single day, I didn’t think I could make it through the end of the school year,” she said.

Year after year, she made strides, raising the district’s high school graduation rate from 59.1% in 2014 to an all-time high of 79.9% in 2018 before it dropped slightly last year to 78.0%. Similarly, in 2019, the district’s students had the highest rates of proficiency on all subjects on the Georgia Milestones end-of-grade and end-of-course assessments since the state implemented the program in 2015.

Carstarphen said she’s also proud of other successes the district has seen during her tenure, including having all six years of balanced budgets, improving its staff’s talent level and human resources department and correcting a $30 million pay parity problem for some teachers.

Other improvements include upgrading schools through the city’s education special-purpose local-option sales tax and increasing the district’s pre-kindergarten seats offered by 40%.

“Our culture is so much better,” she said. “We are nothing like the day I walked in the door, when people were literally fighting, and there was so much violence and so many unhappy employees relating to the cheating scandal. Morale was in the toilet. … (Today), we have more kids going to college. The diploma means more. We brought pride back to Atlanta Public Schools. We have (employees) who want to stay in their jobs.”

For her efforts, Carstarphen was named Georgia Superintendent of the Year in 2018. But by the following year, some board members didn’t agree with her style and chose not to renew her contract, a decision many parents and others objected to.

District 4 board member Nancy Meister, who represents Buckhead, is one of the members who favored keeping her as superintendent.

“I felt she was a huge change agent and had an amazing love for every kid and every family in the district,” she said. “Although it happened all along her tenure, it was most exemplified during the past three months with this COVID situation, when she was out on the front lines. Her deep passion and commitment to the kids stands out for me.”

Meister said she hopes the board, “for the sake of the kids,” allows Carstarphen to attend the district’s in-person high school graduation ceremonies, adding that decision has not been made yet.

“That’s the superintendent they know,” she said.

However, Carstarphen also clashed with some opponents such as the Georgia Federation of Teachers, which called for the board to fire Carstarphen last year before her contract was not renewed.

They have criticized Carstarphen for giving teachers only two-thirds of the raises they were promised by the state (due to a lack of some funds the district claimed the city owed it). Others criticized the superintendent for her decision to close and merge some schools and to hire charter school groups to run some schools.

Regarding the district’s switch from in-person to virtual learning in March, Carstarphen said it was ready because “we were planning aggressively before it happened.”

“We were sending several books home with kids,” she said. “We were sending packets home in advance, making packets, trying to figure out the food situation as well. We were able to pivot as a district because we were so proactive.”

However, once online instruction started, “any gap or loophole or mistake in programming, you name it, it all got surfaced really fast,” Carstarphen said.

“Then we stated in reaction mode, trying to solve things while delivering on the model. That became incredibly difficult,” she said. “A lot of people were afraid to do their work or go meet with a kid or a family about their technology or deliver the technology. It was just challenging.”

The whole experience provided three lessons she learned about leading a school system. The first, she said, was discovering “one of the greatest disparities our nation has is device and connectivity,” referring to a lack of technology (devices and WiFi/Internet service) in some neighborhoods.

“The inequities are deep and real and they’re not easy to (fix),” she said. “You think you’re doing a lot of rounds, and I don’t think any district is doing enough. The inequities were exacerbated by the virus, but they were called out more as we figured out what it meant to do teleworking and teleschooling.

“My second lesson is Atlanta Public Schools with the disparities, the unequalness of our city, basic needs are not met. I’m not making any excuses for APS, but if you see whole families who would not get food without us bringing it to them, they would starve. The underbelly of what it looks like for families is just awful. There is deep, deep intergenerational poverty in Atlanta that no one is working to solve. …

“My last lesson is a little more positive. I’m proud of the work we’ve done at APS, but seeing the spirit of care of our children in the face of a killer virus, our staff stepped up and really put their lives on the line to help these kids and their families when they were most in need. I couldn’t be more proud of our food nutrition, bus drivers, volunteers and police officers. They were all really out there. They were delivering door to door, (mobile) hot spots and laptops.”

Looking back on her time in Atlanta, Carstarphen said she’ll remember the students the most, adding they have been resilient in recovering from the problems they had at the beginning of her tenure.

“Now that we’ve cleared that out, the kids can be who they are and do what they love,” she said. “That’s the hardest thing to walk away from when you’ve been doing it every single day for six years. You know, like they know, where you started together and how you’ve (progressed). They’re appreciative of more space, a more welcoming environment to go to school in.”

As she ends her tenure, Carstarphen said she has not determined what her next career move will be.

“It’s been a labor of love,” she said. “It really has been a deep relational experience with the district. I don’t think we would have made the move we did without our parents and our kids without just focusing on APS. We were creating an environment where kids wanted to learn (and) parents were engaged. … It’s been a very heavy lift but a joy.”

Ep 38: Meria Carstarphen on The Effects of Schooling Children in a Pandemic and Possibly the Silver Lining